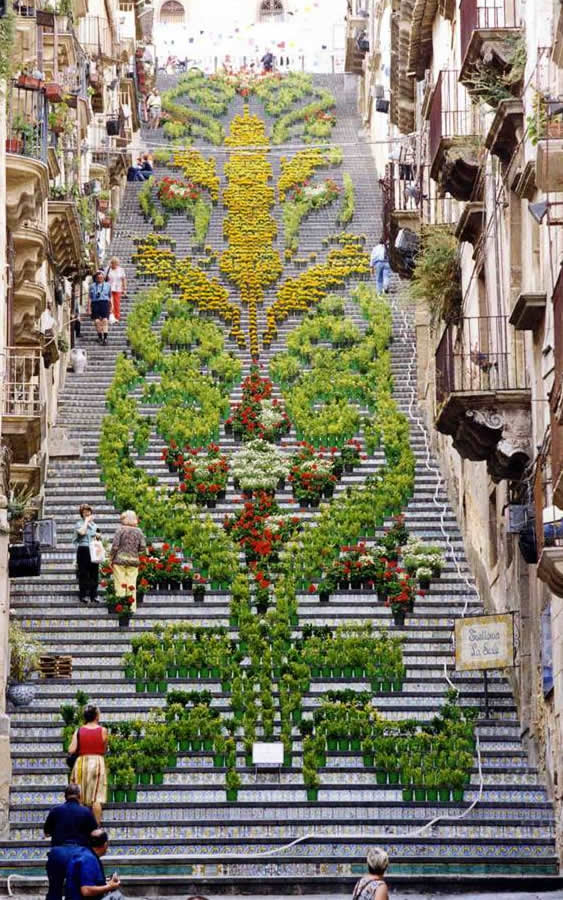 Caltagirone is the city known for the production of majolica objects exported all over the island, beyond its borders and in Malta. Several documents show secular trade exchanges between Sicily and Malta. The Jerusalem knights, followed by the Order of the Grandmasters, began to commission large quantities of earthenware to the artisan ceramists of Caltagirone, in particular ceramic vessels and apothecary jars destined for medical use in hospitals on the island of Malta. In that period of exchange between the two islands, there was an evolution in shapes and decorations that today the Master of Ceramic Art Mario Di Liberto has reused and recovered. In fact Mario Di Liberto’s artisan workshop has always distinguished itself for the ability of renewing in shapes and colours. For the last forty years the Master has dedicated himself to refining his artistic skills and producing high quality ceramics at the workshop in Caltagirone. Various awards and involvement in major exhibitions of art and ceramics, both in Italy and abroad, honour his Curriculm Vitae. Many of his works are located in private collections and exhibitions, public buildings and churches.